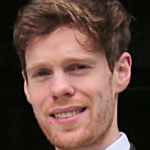 Eddie Casey is Chief Economist and Head of Secretariat. He was seconded to the Council in 2013 and joined as an Economist in 2014. He was previously employed as an Economist in the NTMA and as a Research Assistant in the ESRI and Central Bank of Ireland. His research has primarily focused on macroeconomic analysis/forecasting. Eddie holds a PhD in Macroeconomics from University College Dublin, and first-class honours degrees in M.Sc. Financial Economics and B.A. Economics from University College Cork. 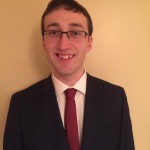 Niall Conroy is an Economist in the Irish Fiscal Advisory Council. Prior to joining the Secretariat in November 2015, he worked at the Economic and Social Research Institute, where his work focused on macroeconomic modelling and forecasting. Niall holds first class honours degrees in M.A. (Economics) and B.A. (Economics and Mathematical Studies) from UCD.

Kevin Timoney is an Economist. Prior to joining the Irish Fiscal Advisory Council in April 2017, he was an Analyst for the NTMA’s Funding and Debt Management unit. He previously worked in macroeconomic forecasting for the Economic and Social Research Institute. He has completed a B.A. (Mod.) in Economic and Social Studies at Trinity College Dublin, a Master’s Degree in International Trade, Finance and Development at the Barcelona Graduate School of Economics, and Level II of the CFA Programme.