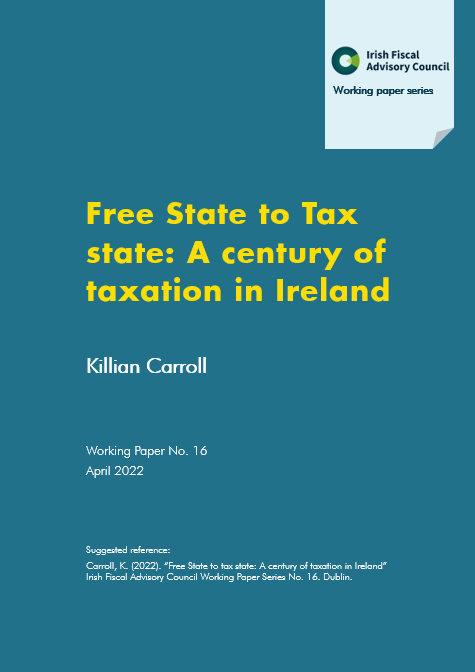 In this paper, we construct a new dataset of tax rates and tax bands for the main tax headings in Ireland, from 1920-2019. We document the changes and trends in Irish tax policy over the past century.[1]

What does the research show?

The research shows a unique failing of Irish tax policy has been how procyclical it is. While tax revenues are naturally expected to vary with the cycle, we show that changes in tax rates have been conducted in a procyclical manner. That is, taxes have been tended to be cut in booms and raised in busts in a way that is typically more damaging to growth. This is most notable for income tax. By contrast, other developed countries have tended to follow more sustainable tax polies that do not follow the economic cycle.

Using an additional dataset on tax policy changes made over time, we show that tax measures — which incorporate all changes to rates, bands, credits, and other exemptions — have also exhibited a procyclical pattern over the period 1987–2019.

These findings are in contrast with other developed countries, where tax policy has tended to be acyclical.