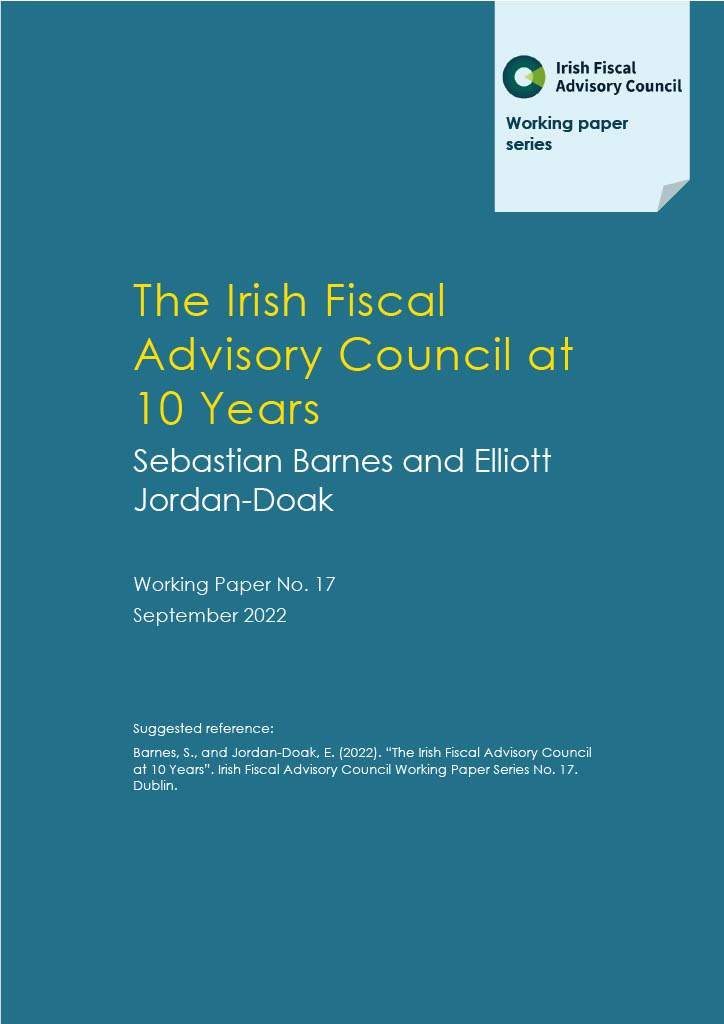 The Global Financial Crisis and European sovereign debt crisis led a new wave of independent fiscal institutions (IFIs) to be created in the following years. Reflecting in part the experience of the Irish Banking crisis, the Irish Fiscal Advisory Council was formed in 2011 with a
mandate to assess the government’s macroeconomic forecasts, assess the public finances, and evaluate the overall fiscal stance.[1]

What does this paper provide?

This paper provides both a survey of the contributions made by the Council and its work performed over the 10 years since its establishment, along with an overview of how fiscal and economy policymaking has evolved in Ireland over this period.

What does this paper seek to perform?